#6 How to control drinking alcohol 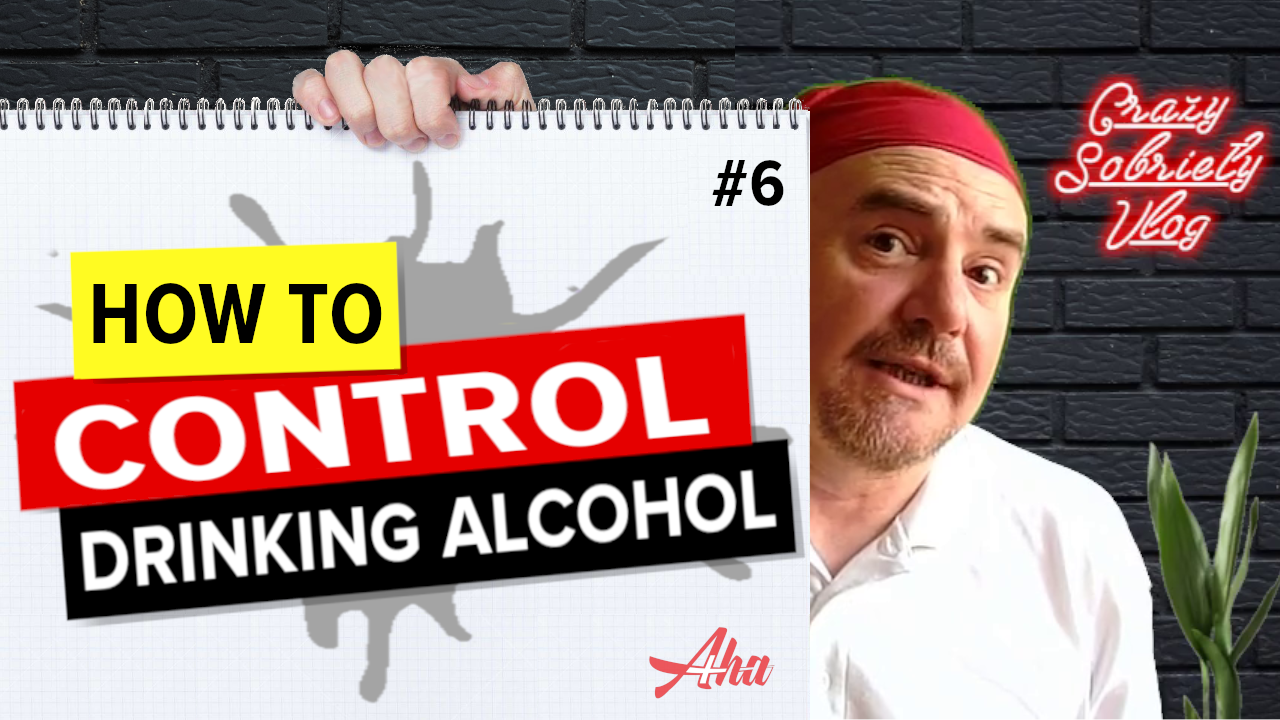 Welcome to the Crazy Sobriety Vlog. Today we’re asking, How can I control my drinking?

I remember when I had my first driving lesson with my dad and his black Opel Rekord, which was a German car with a rotary engine, black, beautiful car, and we’re sitting there, driving towards this narrowing of the road at about 20 miles an hour. And it was getting closer and closer and I wasn’t slowing. My Dad started to panic. He looked across at me, “Mark, what are you doing? Mark, what are you doing?”

And I was frozen in fear and rather than put the brake on, I just thought, “carry on!” And we came right up to these metal boulders alongside the car and just about scraped through.

Now, that was pretty scary. I could have done some damage to the car because I was going too fast to approach these narrow boulders.

Now speeding is obviously not safe, wherever you do it. I quite enjoy it, though. When I passed my test, and for many years, I was driving pretty much as fast as I could. That’s a bit embarrassing to say.

What’s wrong with that is that it’s very dangerous, it can kill people. It can kill yourself, it can kill other people. So why am I using that analogy?

How do you know if you’re speeding? Well, there’s information inside the car you’re driving. So you can see the speedometer. And you’ve also got warning signs alongside the road saying this is the speed limit here. So you’ve got some information to go on that it’s not right.

In drinking alcohol, you’ve [also] got information to go on that it’s not right. You will have had perhaps warning signs from close friends or family or peers or possibly work. These warning signs will be quite clear.

If you’re thinking about controlling your drinking, there is a reason for that.

And you will see the warning signs just like when you’re speeding.

So next, how do you control your drinking?

So you’ve seen the warning signs, so how do you actually have you control your speeding?

1. Physically control how much you consume

2. Restrict how much drink you purchase

So that can be [done] by restricting how much drink you purchase at a single time. So, for example, in the supermarket, instead of buying 10 crates of beer, buy one. Or, [instead of] two bottles of whiskey, buy one. Control the actual amount you purchase, so you bring that right down.

Maintain a healthy diet. If you haven’t eaten for ages, you will drink a lot more.

5. Space your drinks with water

So yes, those [five] physical [control] measures are sort of half the story. What’s the other half of the story?

The Other Half of The Story

The other half of the story is, well, I still enjoy going really fast.

I get a high from speeding.

Now, controlling the accelerator isn’t going to control that urge or craving for speed, that “need for speed”.

It’s not going to control it, is it? So what can you do?

Why do you want to go fast? What are the thrills of going fast in a car? Literally, write it down. So that’s going to be your pros, isn’t it? Why do I enjoy going fast? What am I getting out of it? What are all the good things about going fast?

Second of all, you’ve got your cons. What are the things that are bad about going fast?

I can tell you first, I’ve got six points on my driving licence. I’m not proud of that. That means, in England, I’ve got two tickets for speeding. So, you get three points a ticket usually, unless it’s a really serious, like DUI. I don’t know what you’d get for that? You could get banned, you could get 12 points, that means your licence is gone. I’ve never broken the law in terms of [driving and] drinking alcohol. Yeah, [but] I really liked my speeding, almost as much as my drinking!

Other cons about not controlling your drinking?

Breathalyser checks on construction workers driving heavy machinery when they go to work because, obviously, if they’ve been drinking the night before they can still be under the influence, so you could lose your job.

Airline pilots are exposed to random [drug and alcohol] tests, I believe, and obviously they cannot fly if they’ve still got a certain level of blood alcohol content. I talk about blood alcohol content in quite some detail in my book to explain what that means and what are the physiological effects of drinking.

Often it’s damaging judgement. It’s a bit ironic, so you think you’re making better decisions and better judgments when you’re drinking than you really are. Which is obviously very scary if you’re operating a 360 degree excavator on a building site, or flying a jumbo jet!

Post-COVID times I wonder whether in the future, breathalysers might become as common as the lateral flow tests that some employers are insisting on now to check you haven’t got COVID. And that might be a wake-up call.

It’s a bit of a shame, though, if you’ve got to wait until that time.

It’s very difficult to control drinking. I think it’s more difficult than speeding, but I think the analogy is apt.

Because alcohol does give you a thrill and I explained in my book about how it’s not a depressant, it’s a biphasic stimulant sedative.

So it is giving you a thrill. It is giving you a pleasure. It does give you a sense of reward. And that’s very powerful. And the most common reason why people go to alcohol is because they want a reward or a relief. And I explained all this in my book, Holmes’s Complete Guide To Stop Drinking Alcohol.

That works for me.

So you know, reappraise what you’re doing, and good luck.

Thank you very much.

← Go to Mark Holmes Author Podcast Interview Go to #7 Why did I start drinking again after I quit? →