How to stop drinking urges [Vlog #13] 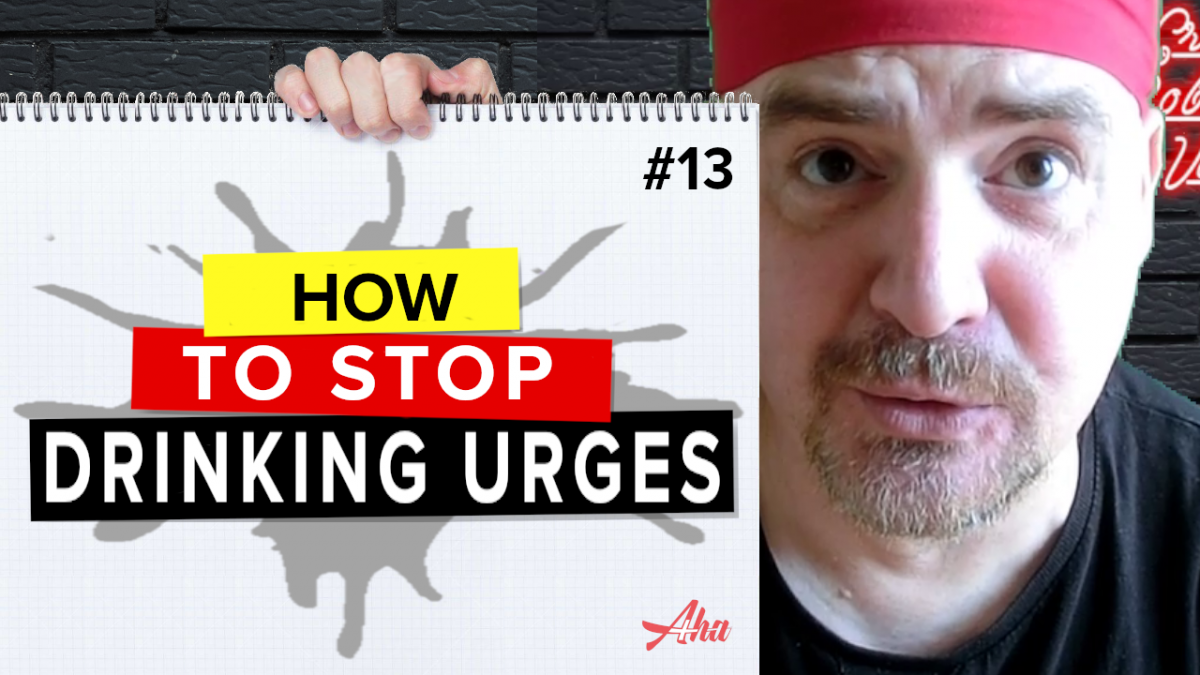 Good morning, and welcome to the Crazy Sobriety Vlog and today’s question is, How do I cope with urges and cravings?

How to cope with urges and cravings is the billion dollar question.

There’s a big difference between urges and cravings. They’re not synonymous, they’re very, very different. If you look in the book [Holmes’s Complete Guide To Stop Drinking Alcohol], you’ll see the research to prove this.

Now there’s loads of strategies, again, they’re in my book, but in brief, one of the leading relapse psychologists is a guy called R. A. Marlatt. He came up with the term, “Urge surfing”.

The basic idea is that you observe an urge happening, like waves coming in to the shore in Weston-super-mare. (It’s featured in the book, you’ll see lots of analogies to do with the sea!)

When the wave rises to the crest of the wave, that’s like the peak of the urge. And what happens to that wave?

It reaches the peak, the crest of the wave, and it seems really powerful. And it’s rushing forward at tremendous speed, power, velocity, momentum and mass, massive and daunting.

Ride that wave, because if you’re riding that wave, what’s going to happen to the wave? The wave has to subside, and then crash and dissipate. And that is the same thing that will happen with an urge.

Now, in terms of timing, how long can that wave last? It could be anything, it could be a minute, it could be half an hour, but it will crash and subside as long as you don’t feed it. What does that mean? It means you keep on thinking about it, worrying about it, thinking about how you’re going to facilitate that urge. For example, say I’ve got this urge for a pint of beer now and I keep on thinking about the beer and how it might taste? And then the taste of it going down my throat. Maybe having two, maybe three more after that? The ambience of the pub… I’m feeding the urge, aren’t I?

Because you’re looking at yourself in relation to the shoreline and everything around you. So it’s not just focused on the wave.

So that’s what you need to be with the urge.

There’s some fascinating research, I hand picked the research in the book which has over 300 academic references. Each of those is carefully handpicked from millions that I read. So you only get the best!

You can also apply urge surfing to emotional management. That’s when you say, “I’m really angry, I feel a kind of rage. Why am I getting this? What am I doing? I’m breathing fast. My heart rate is racing. I’m sweating a little bit. I’m quite emotional, I feel quite angry, quite upset for a minute.”

See what I was doing then? Being on the crest of the wave or having an urge. Your heart palpitating, blood pressure rising, heart rate rising, sweating… These things will be happening when you have that urge, and other people will see it, but you won’t. Usually you’re not aware, all you’re doing is concentrating on the thoughts that are going around your head.

There’s a massive thing on cognitive management in the book, because like I said, this is the billion dollar question, managing urges and cravings. You manage that, you can manage anything.

As a starting point, stepping back, seeing what’s happening, observing that wave rising as soon as you get that thought about having a drink, a specific type of drink, or a craving, try and think what’s happening? What’s my body doing?

There’s always a cause for an urge or craving. And that’s really difficult to understand, because it’s very different for everyone. Anyone who says that it’s just one cause, they’re crazy. It’s not as simple as that. Everyone’s got a unique set of experiences. That’s why they need to reflect, you’ve got to kind of do the work, I’m afraid, and try and work out what is causing that. That’s probably another video.

Before that stage, you’re thinking about just managing that urge. And that means observing it, seeing it happen, and stepping back and watching it. Don’t feed it. Watch it rise and dissipate and crash on the shore.

And then you just carry on. Don’t feed it when it’s gone, you don’t want another wave coming straight again, do you? You don’t start thinking about it again otherwise another one’s gonna come up. Give yourself a break.

That’s it for today.