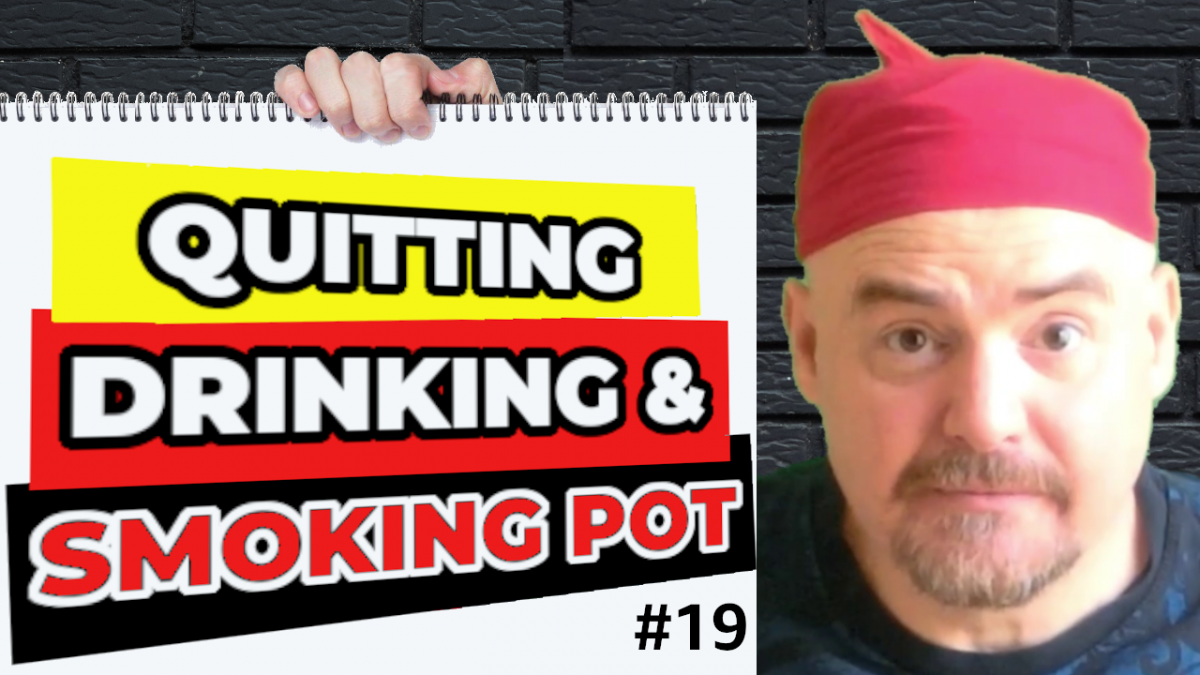 If you are quitting drinking, Mark Holmes, Alcohol Quit Guru, gives some advice about smoking pot, weed or marijuana as an alternative to alcohol, regaling tales from Amsterdam! But there’s a sting in the tail if you watch till the end…

Welcome to the Crazy Sobriety blog and today’s question is, Can I smoke weed after I quit drinking?

My first bike ride without stabilisers

You remember that day. You have just seen your new bicycle. It’s a brand new bike.

Mine was purple with a white saddle and white handlebar grips. I know ‘purple’, but what can you do? That was a parent’s choice but this was a bike without any stabilisers. My little bike had stabilisers on this one, this big bike had no stabilisers. And today was the first day I was going to ride it. 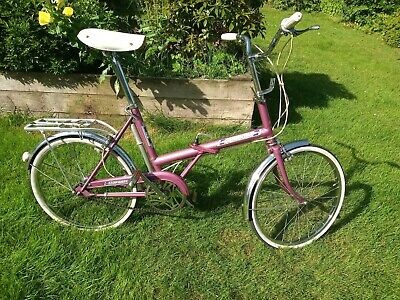 My dad took me out to the park, got me sitting on the bike, he said, “put your feet on the pedals and push” and holding the back of this white saddle, he pushed me along the grass, while I was pedalling away, “don’t let go!” I said, “Don’t let go.” And I got faster and faster. And eventually, he let go, and he’s not there, and I’m still pedalling along, and I’m free…

I’m actually free. And I’m riding a bike without stabilisers. And it’s amazing.

I know  I think I fell off. But the point is, it’s amazing when you first become free, truly free of alcohol, it’s a great feeling. And you know, you’re not going back there.

Why would you want to take another drug?

You have to ask the question, why would you want to take another potentially addictive drug? If that was the case, I’d be tempted to think you haven’t dealt with the causes of your drinking properly.

Because you’re still looking for some external effect. There is some evidence if you read my book, “Holmes’s Complete Guide To Stop Drinking Alcohol“, there is some evidence that people in university experiment with alcohol, because they want another kind of sensory experience.

I think that can happen with smoking weed, marijuana, hash, whatever you want to call it, as well. But here we’re talking is that the reason that people are saying, “OK, I’ve quit alcohol, and I want another sensory experience with weed?

Or are they saying, “it’s not another sensory experience, actually I used to drink alcohol, because it would chill me out. And now can I have some weed just to chill me out?”

Now, have I ever done that? Of course I have. You know, I’ve quit drinking many times. I was convinced this is the last time, “definitely I’m finished for good.”

I remember going to Amsterdam, marijuana is legal, legalised, in Amsterdam. The Dutch frown on marijuana, they don’t go, “Oh great! He’s stoned out of his head!” If they see you walking down the street. You’re not allowed to smoke in public, I think you’re not meant to anyway, but I think some people do. It’s frowned on, it’s tolerated.

But you can walk into a coffeehouse and you can find different varieties/ strains of marijuana behind the counter. There’s a glass screen with a teller and behind them there’s a big menu board and you can have marijuana – this “type”: “Purple Haze”, “Smoky Fence”, “Three River Mountain” and whatever. 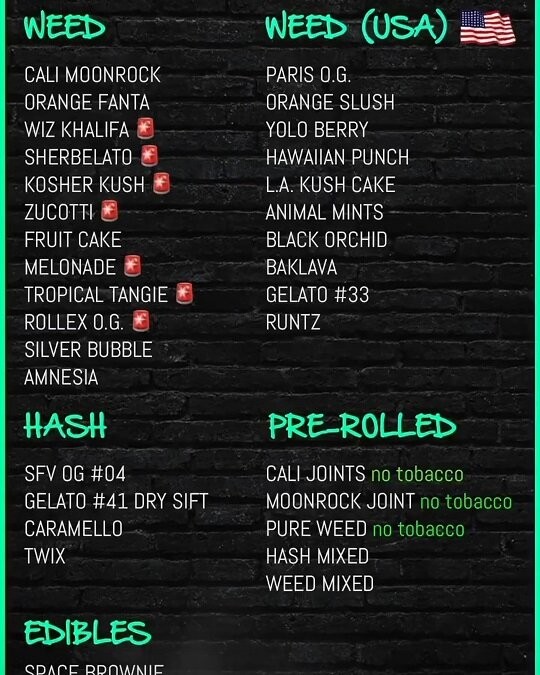 The Weed Menu in a Dutch Coffeehouse

I don’t know the varieties or strains because it was a very long time ago, but there’s no law against that. And then you buy your pre-rolled joint and you go upstairs and there’s a lounge, a really comfortable lounge with leather seating. 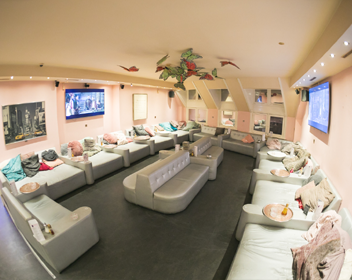 Lounge in an Amsterdam Coffeeshop

I did it and I sat there, smoking purple haze or whatever it was, and I’d quit drinking, but I was like, “yeah, I’ll just have one. Just have one spliff, and smoking my spliff, just getting zoned-out of it.

In fact, doing anything, I would have been frustrated, uncomfortable and not happy at all. But not doing anything, just sitting there, you focus on the music so much because probably the only thing your brain is able to do is listen. Anything else is a bit too much hard work, “man” (!)

So what am I doing there? Why am I doing this thing? Because, obviously, I’m looking for some relief from my stresses and strains. I can’t use alcohol now so I’m using marijuana for that, isn’t that OK?

No, it’s not okay. Because what am I doing, really?

I’m going back to square one.

The Bike of Life

It’s like I’m going back to learning how to ride a bike again. I might as well go and  get my new bike and put the stabilisers back on and start trying to learn how to ride because, obviously, I can’t do it on my own yet.

I can’t ride the ‘bike of life’ independently because I still have this crutch: my thinking that a drug is going to resolve any of my emotional, financial or past difficulties, because it ain’t, you know that.

So, the answer to the question, “Can I have a joint after quitting alcohol?” is, of course, if you want to go back to square one, and start another addiction. And then you’ll be faced with the same problems and the same downward spiral in events and disadvantages and negative consequences and suffering and pain. If you want to do all that, yeah, sure.

But don’t think it comes without any consequences. As soon as you take an alternative or substitute for your alcohol, that is chemical, whether it’s a drug, whether it’s illegal, even a legal prescribed drug is just as dangerous in my opinion. Prescription drugs can be addictive. Now look at the case of Matthew Perry from Friends, a terribly sad case.