Why I quit drinking alcohol 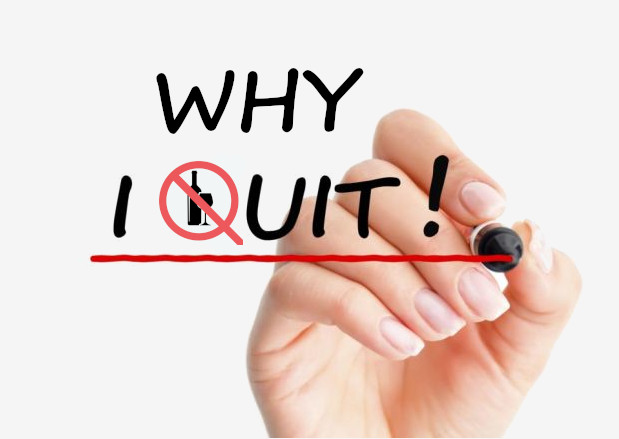 I founded the Addiction Help Agency to help others quit drinking “easily, mindlessly, painlessly”, as  I wrote in my book, and permanently, like I eventually did, but it was by no means easy getting there.

I had tried quitting before many times and many different ways, like willpower, books and the AA, but nothing worked and if anyone had told me sobriety was possible for ME – I would have told them they were crazy!!!

My whole life revolved around drinking alcohol in one way or another. It was the only thing I looked forward to at the end of the day, I can’t believe I’m saying this now, but it used to be true. Alcohol was my reward for hard work. It was my medicine when life was hard. It was my best friend. It was always there for me. I seriously didn’t think I had a problem with alcohol. Can you believe that?

“I will quit when the time is right,” I wrote in my journal one year. Only the time was never right. I read that journal entry a year later when I was just about to write the exact same thing. In the meantime I was losing yet another job, totally not my fault either, never was, and totally unrelated to drinking, likewise. Except looking back I was kidding myself. The thing about kidding yourself is it is very easy when you’re the best kidder of them all, and precisely because you can kid anyone, that includes yourself. You probably know all this already (I know I would have!). When is anybody really  ready to stop drinking? How can they see a problem with the way they are thinking when it is the only way they know how to think?

For me, I had to get to the stage where I was so sick and tired of being sick and tired and making excuses after excuses that there practically wasn’t an alternative left. I think you have to have reached that point before you decide to quit and not just say the words or have the desire to quit.

I will say right now, if you haven’t made the decision to get help quitting for good, don’t buy my book, “Holmes’s Complete Guide To Stop Drinking Alcohol; The Easy, Mindful and Pain-free Way“, and don’t even think about doing the Complete 12-Week CBT Alcohol Cessation Program online, because I don’t want your money. They will be a waste of your time and mine. But if you are as fed up of always quitting as much as I was,  and want help quitting for good, they are a good place to start.

You have everything to gain by quitting: peace, health, wealth and home, probably, for a start. But it is bigger than that. Yourself is bigger than that. Like wearing shades all the time, and suddenly taking them off… The glasses were dark because of all the dirt they’ve accumulated during your addiction. You will come into the light. Don’t get me wrong, it isn’t ‘heaven’ you’re coming into, it is normality, but that is a relative heaven compared to all the anxiety and stress you’ve been used to. A great weight will be lifted off your back. It is the difference between night and day. But I am aware that all of these are clichés. Life is still life, good and bad, and you will still have good times and bad times but you won’t have to fight the bad times with one hand tied behind your back wearing dark glasses in the dark! You will be yourself again. That’s all. That’s worth a lot. Your life is going to be better because you are going to be better, and better than you were. How can it not be? It can’t be any worse.

Did I stop drinking alcohol for all these benefits? To be honest, no. And I’m at that stage in life where I don’t see any benefit lying to myself or anyone else. The easiest way of describing it, though, is going to sound a little bit ridiculous, but here goes anyway.

Captain Kirk of the Starship Enterprise grips his head around the ears, eyes turning up in their sockets, and knees buckling under the strain, “No, no, no!” But he isn’t under attack from alien telepathic rays this time, it is the sudden realisation that he isn’t himself. This can’t be him. (So what, I’m a trekky, go sue me!) Captain Kirk was my hero growing up and this was the most upsetting episode I’d ever seen in my whole life. How could anyone literally lose themselves? The analogy is hopefully apt.

In my book I use a different analogy, a Sherlock Holmes investigation into who murdered the suspect? Moriarty or the suspect himself? Let’s look at the clues. (You get the idea!) The point is the same. Dr Jekyll knows he is becoming Mr Hyde when he drinks ‘the formula’, but Mr Hyde isn’t aware he was Dr Jekyll. When I was drinking alcohol I wasn’t aware I was Mr Hyde. Or Sherlock Holmes’ prime suspect, Moriarty, I thought the suspect was ‘the formula’, and that I could handle ‘the formula’, like Dr Jekyll. I couldn’t. It wasn’t really. At least, alcohol wasn’t the whole story: It was wrong thinking about alcohol, really.

I spent years researching, citing over 300 academic sources in my book, before the solution began to click, which was my motivation to write 375 pages, and it isn’t perfect, by any means, but when you throw that much sh*t against the wall, some of it is bound to stick!

To get back to my analogy (why bother with one, when you can have three!) it isn’t really you drinking the alcohol, and it wasn’t really me. I realized for a split second of insight there was a “me” outside drinking alcohol, if that makes sense. When I could separate the two, like a man from his shadow, however micro-fractionally, there was a tiny sliver of hope, like the feintest momentary glimpse of light between the cell door and the sun outside. And that’s why, for just a moment,  I was Sherlock Holmes and Moriarty, Dr Jekyll and Mr Hyde. And finally, when I permanently stopped drinking alcohol, that’s right, Captain Kirk of the Starship Enterprise.

But, more importantly, who are you? And who do you want to be…